Ever since Barack Obama stepped into the spotlight during his first presidential campaign, he’s been known as an exceptional public speaker. (An ability which jars remarkably with that of his successor. But we’ll try not to dwell on that.)

Obama is a master manipulator of language – sometimes, admittedly, with the help of his whip-smart speech-writing team. Listen to him talk and there’s lyricism to his words, a crafted turn of phrase, and a natural rise-and-fall rhythm that enthrals his listeners. 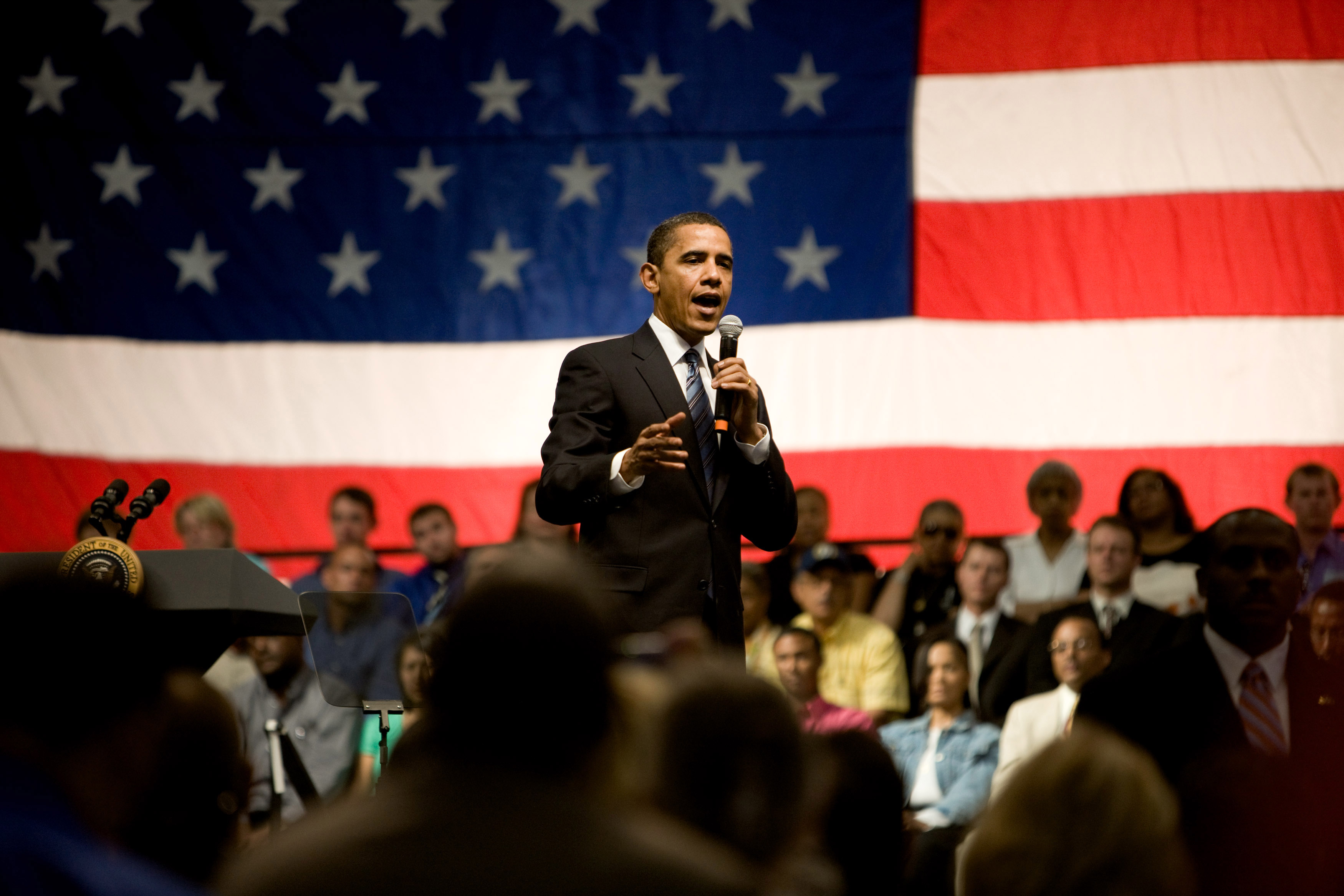 And while his skilful speech delivery can’t be solely attributed to any one thing, there are definitely a few techniques you can pinch for your next turn with the mic.

Obama knows exactly how to work a crowd, and that’s because he always understands his audience. Think carefully about who you’re targeting before putting pen to paper, as this will inform your content, the level of information you need, and even your word choice. But, above all, it will help you to figure out what your audience cares about – so you can deliver something of value, teach them something new, and maybe even inspire them.

Appealing to your audience doesn’t mean you can’t let your own personality come through. Throw in a few anecdotes based on your experiences.

“Being a teenager isn’t easy. It’s a time when you’re wrestling with a lot of things. When I was in my teens, I was wrestling with all sorts of questions about who I was. I had a white mother and a black father, and my father wasn’t around; he had left when I was two.”

Think of speech-writing as story-telling, but with an agenda. Stories will always get a better reception than facts, hands down. And there’s no reason why you shouldn’t try to sound conversational as well. You’re giving a speech, not reading the news.

Take a leaf out of Obama’s linguistic playbook and weave a few rhetorical techniques into your next speech. Like ‘anaphora’, which is the use of repetition at the beginning of successive sentences or clauses. Three is often the magic number – the golden rule for making points more persuasive, more emotive, and more memorable.

“We will stand against violence and intimidation. We will stand for the rights and dignity of all human beings. We will support policies that lead to strong and stable democracies and open markets, because tyranny is no match for liberty.”

A bit of creative language can go a long way towards making your speech more captivating – especially if you’re dealing with complicated ideas. No one likes an info dump, so use simple metaphors to turn complex ideas into a narrative. This will be more engaging for your audience, and easier for them to digest. Obama often employs descriptive language to conjure up powerful images in listeners’ minds. Frankly, his crafted use of metaphor speaks for itself.

“And, above all, I will ask you to join in the work of remaking this nation, the only way it’s been done in America for 221 years – block by block, brick by brick, calloused hand by calloused hand.”

Obama uses controlled gestures to punctuate his speech, often moving his arms whilst keeping his body orientation steady. A few hand gestures to accentuate key points can make a big difference – there’s nothing engaging about a rigid robot reading from a script. But if you’re going to move, do it with purpose. A bit of movement will engage your audience; too much conveys a lack of control.

Obama is definitely not afraid of…*deep breath*…the dramatic pause. He speaks slowly and steadily – giving the audience time to process what he’s saying, adding weight to his words, and showing his confidence. If you tend to hurtle through presentations, mark up some pauses in your speech and try to take a 3 second breather for each one. These might feel like an eternity at first, but it’s a guaranteed way to make you sound more natural and authoritative.

And that’s it. Piece of cake.