The big daddy. The One. Zero. Zero.

And what a thumping great rollercoaster it’s been.

We know it’s a time we all want to commit to distant memory. But we’re going to go right back to July 2020. Back to when Joe was Exotic and all you had to eat was 200 packets of dried pasta. Back when we pretended to our pals that we got past week 3 of Couch to 5K and the word quiz was almost always exclusively preceded by the word Zoom.

As it was for everyone, the COVID pandemic proved to be an extremely rough patch for the events sector. Lockdowns, tier systems and cancellations, amid very little support from the government, meant the industry went through total dilapidation. Uncertainty was rife, and so at Cameron we felt that some handy advice and a little weekly events update was essential for remaining calm and cool-headed amongst the crazy bedlam.

So here it is, we’re gonna fire up our cosmic Cameron Tardis and take you all the way back to the 1st article of Insight Issue 1. Let’s take a little ride…

As Shakira would say, the stats don’t lie

If facts and figures are your bag – look how far we’ve come since Issue 1! We just want to give a big shout out to all you glorious lot who’ve been reading and showing your support, keeping privy to the world of events and being all round absolute superstars in the face of adversity…

The legend of Paul ‘Pedro’ Brown

Meet Paul. Our resident Operations Director. A straight-up 40 year veteran of the gang and true gent if there ever was one. Is there a more fitting way to mark issue 100 than a wee sit-down with big man himself to hear about his experience working as part of the squad over the years? We don’t think so. So go grab a coffee and a biscuit and enjoy our little chinwag with #TeamCameron’s one and only Paul Brown.

Back to business Event Profs. What’s been happening in the last week you ask? Well, you didn’t think we were going to keep you in the dark amidst all this 100 issue revelry did you? In this week’s news, we have:

Already established as a proud Carbon Neutral venue circa 2010, London’s Business Design Centre has committed to going full Net Zero by the year 2030.Working closely with environmental experts, Climate Impact Partners, as well as carbon consultants e-collective, BDC are taking steps to ensure they crack down on their footprint and achieve their end goal. 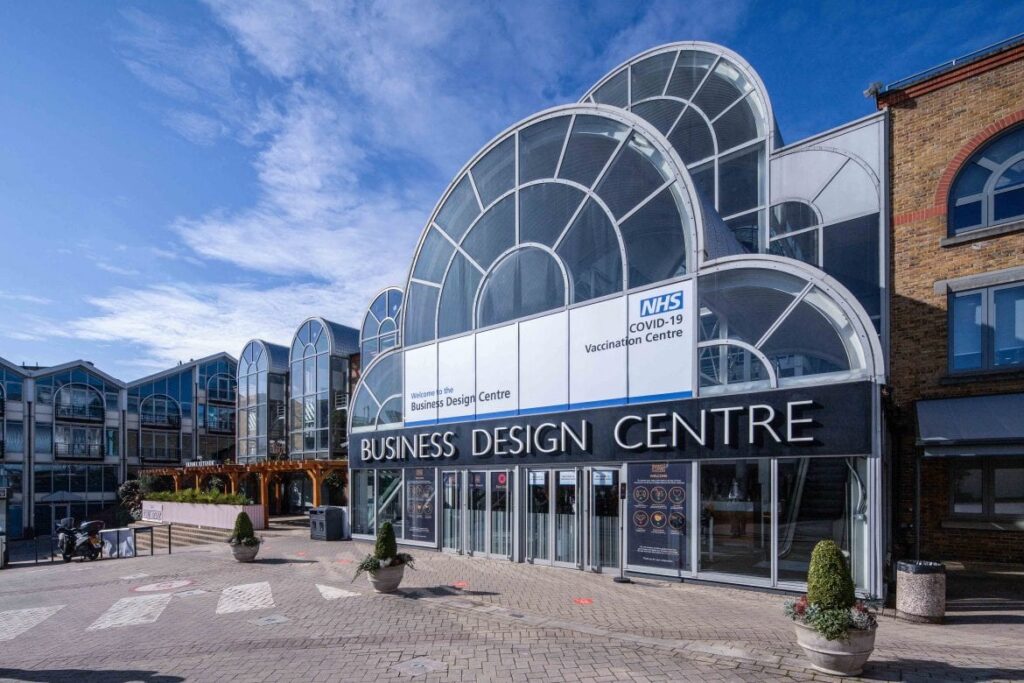 “This isn’t a challenge to be tackled alone and we are going to need to come together, sharing knowledge and adapting to evolving best practice in order to make impactful change.”

Sage advice, chief – Lets have at it!

In an open letter to the government, five key organisations have joined forces to push for immediate and effective action on tackling the UK’s growing energy crisis, and urge the introduction of a support package dedicated solely to the events & hospitality industry. 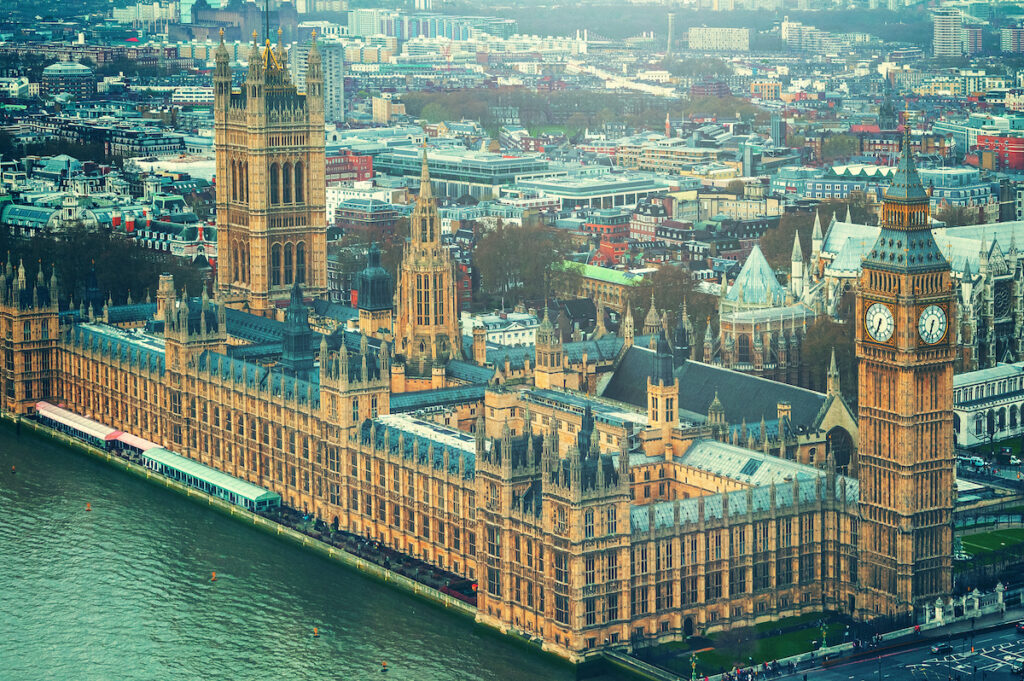 With a potential increase of a 300% rise in annual energy bills on the horizon for the sector, The Night-Time Industries Association (NTIA), Music Venue Trust (MVT), UK Hospitality, The British Institute of Innkeeping and The British Beer and Pub Association have rallied to declare an ‘existential emergency’, a crisis situation which could put thousands of jobs at risk.

In the letter, the representatives from the industry call on the government not to be complacent when it comes to necessary assistance.

“Hospitality provides 10% of jobs and 5% of GDP. It can be a powerful driver of economic recovery and growth for the nation, but it urgently needs a kick start. Business and consumer confidence is suffering, and we urgently need the Government and the leadership contenders to outline a support package for the sector.

We urge you not to allow the stasis of party politics to stifle the urgent delivery of action on energy.”

4 Signs It’s Time for a Reset When Feeling Overwhelmed

Feeling unmotivated, burnt out and over-worked?

Our friends at specialevents.com have compiled a handy little list that encourages you to take a step back, recalibrate and regain your footing as a competent, successful event professional.

Finding yourself slipping up, missing emails and spilling a coffee or two? Chill out – we’re only human! Give yourself permission to “unplug” and decompress so you can return to your work feeling fresh and capable after a hard restart.

2. You don’t get excited by the creative work.

Misplacing the passion for what we do happens to the best of us. When you’re in the throes of burnout, it can feel like nothing sparks your internal flames. In most cases, it’s not that you don’t enjoy the creative work—rather, you just need a change of scenery.

3. You feel irritable (and others are starting to notice).

The constant wrestling with over-demanding clients and other workplace worries can leave you feeling a bit hot under the collar. If you’re constantly on edge and ready to snap at minor inconveniences, it’s time to reset and focus on recalibrating your priorities with your energy levels.

“Maybe I’m just not cut out for this job.”,or “Why did I ever decide to start a business?” – That sound familiar? Take step back and give your brain a chance to rest, you’re far better equipped to ignore fear and insecurity when you’re feeling recharged and confident in your skills.

Special Events suggest a 3-fold remedy to to revitalise your creative energy and get back to a place of positivity.

Check out their blog to find out more.

This year, events giants Itison are ploughing a princely £4million into both GlasGLOW and Elfingrove; two mass scale productions quickly becoming stalwarts of the city’s winter festivities. The major investment in both is not only expected to create 300 jobs, but also projected to generate an estimated £14m boost to the local economy – not a bad wee sum is it. 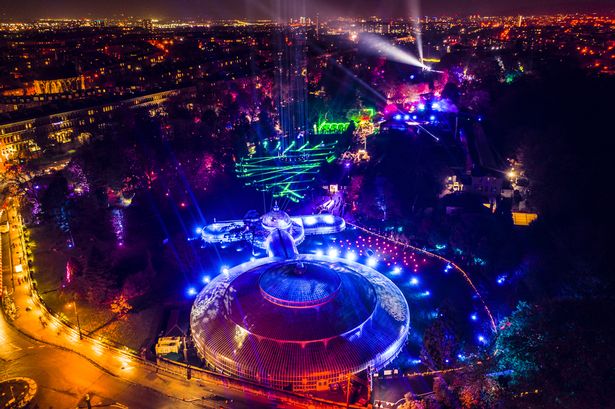 In previous years, Botanics based GlasGLOW has seen revellers flock to Scotland’s biggest sound & light show, packing the West End’s shops and local hospitality venues and contributing a handsome £6m to the city’s economy in the process. Likewise, Kelvingrove Art Gallery & Museum’s Elfingrove’s popularity in 2019 and 2021 drove upwards of 100,000 people to the attraction, so this year should shape to a busy one for some Weedgie winter merrymaking.

In light of a crippling past few years for the events sector, and amid rising costs and energy hikes, Itison chief Oli Norman suggests the good people of Glasgow need to see a bit of something magical on the horizon.

“We firmly believe though that people need things to look forward to – the darker nights, cold weather and uncertain economic and political climate have a heavy impact on our emotional and mental well-being.”

The sustainable impact of London 2012 on the events sector

The word ‘legacy’ was thrown about a lot before the 2012 Olympic Games took place in London. But what did this mean exactly? Well (as well as a great many other things), a major part of it was defining it’s lasting impact on how we approach sustainability, and as BBC’s Olympics based satirical comedy put it, seeing it as “a catalyst for change”. 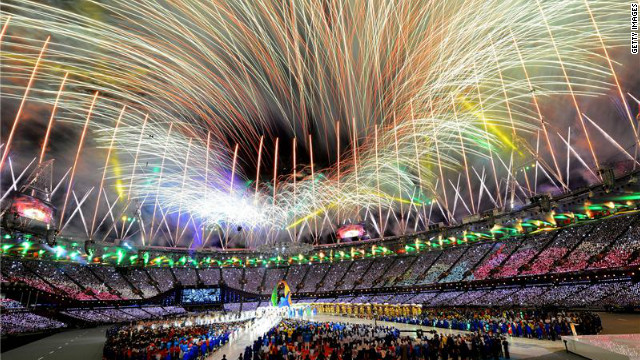 “London 2012’s relentless pursuit of sustainability has been part of every bold and challenging decision we have made, in the development of the Olympic Park and the staging of the Games,”

So did it work? The Games have since been recognised as ground-breakingly ‘green’, and in fact the first of its kind to be awarded the sustainable event management standard BS 8901. In recent years, the host nation has seen trailblazing events such as 2021’s Tottenham Hotspur’s collab with Sky in staging the world’s first net-zero football game, and just in the last few weeks Birmingham has declared it’s own Commonwealth Games the most sustainable multi-sport event to date.

There’s still some way to go determining the true scale of it’s influence, but it goes without saying that it seems to have had a pretty positive effect so far.

100 issues and counting. A final tip of the hat to all our readers and we’ll see y’all next week for some more eventing exposé. Well.. onwards and upwards!