Phew – now that everyone’s faith in humanity is restored and Matt Hancock hasn’t been crowned King of the Jungle, shall we have some quality events news for our Event Prof massive?

Props to the SEC – The proud new owners of the Green Meetings Gold Award! 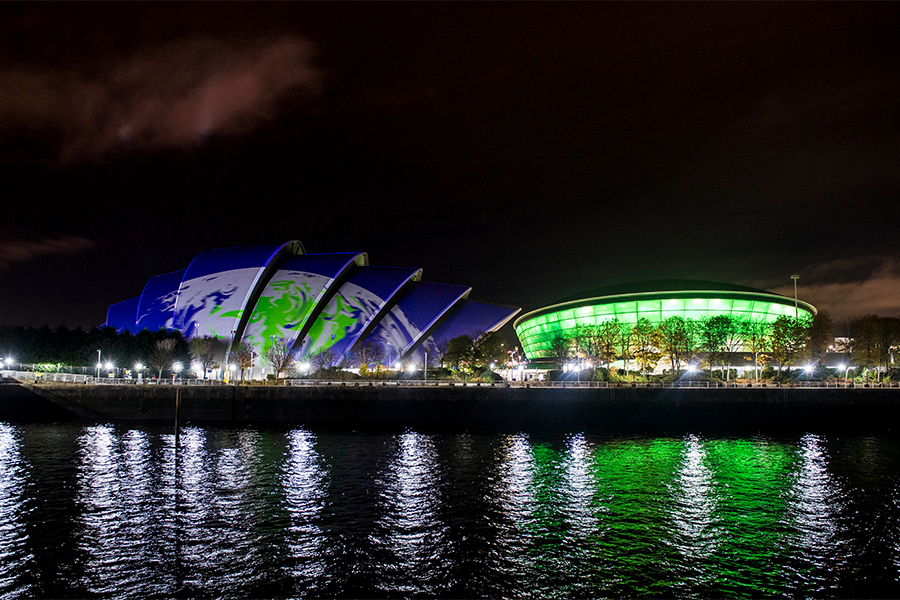 Thanks to it’s sustainable endeavours including (but not limited to); committing to promote locally and sustainably produced food; supporting staff and customer health, and green purchasing and supplier screening, the major Glasgow venue has achieved the Green Meetings highest accolade. The Gold Award is specific to meetings and event venues, and measures a wide range of sustainability standards.

Jennifer Ennis, environment and waste manager at the SEC, comments;

“We’re delighted to add the Green Meetings Gold Award to our Green Tourism Gold accreditation, and we hope that such achievements will give our client’s confidence in both our commitment and understanding in addressing sustainability, so that they too can create experiences that consider both our environment and surroundings.”

New tech is on the ball, and it’s ahead of the game. 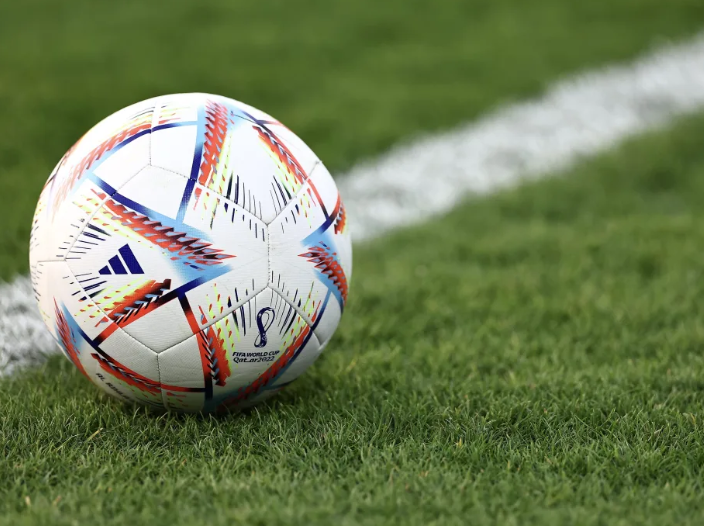 This year’s World Cup has marked one giant leap for the beautiful game – throughout the tournament, match balls will carry a sensor that collects spatial positioning data in real time at a staggering rate of 500 times per second. Alongside the use of existing technology including optical tracking tools such as VAR, it significant moment in sporting history, and makes in-game officiating a lot more accurate (particularly when it comes to the offside rule).

Designed by sports innovators KINEXICON, the performance-tracking tech received full FIFA certification for comprehensive use in Qatar this year, and has gone through rigorous stages of testing, inducing a recent Liga Portugal relegation playoff, to ensure of it’s foolproof accuracy.

Maximillian Schmidt, co-founder and managing director of KINEXICON talks of the what the technology means for the future throughout professional sport.

“We can use that information in real time to tell new stories,” Schmidt said. “[We can use] them to create virtual worlds, augmented overlays, insights on performance of players.”

How PRG made LED more eco-friendly for a Coldplay tour

In an article by AV magazine, Frederic Opsomer is CEO of PRG Projects talks about Coldplay’s eco-friendly touring efforts, including the inclusion of giant LED spheres in to their stage show – we’re not sure if they’re all yellow though… 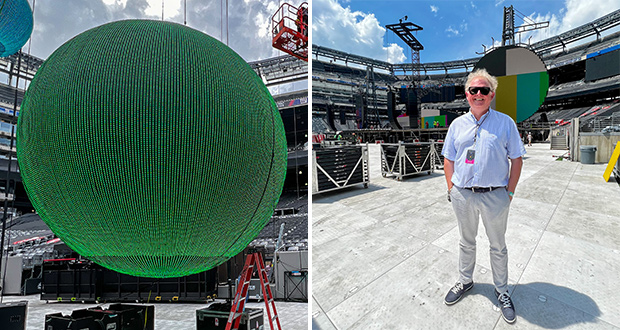 Back in 2019 Coldplay made it their mission to go green – laying down an ultimatum that they wouldn’t tour again until they could do so sustainably. PRG Projects, an innovative live events company that’s worked on everything from the Super Bowl to Broadway, has made this possible.

Longtime advocates for sustainability Coldplay are known for their visually spectacular shows, and their current Music of the Spheres tour involves “four phenomenal LED spheres floating high above the stage”. Working closely with the band’s production designer Misty Buckley, PRG have developed the huge constructions using ultra light carbon fibre and game changing inflatable technology that allows for collapsibility, which reduces their transportation needs and in turn their carbon footprint.

Opsomer gives us more detail on the development of the spheres;

“Something like this had never been done before and required a lot of research and testing to get it right. Each sphere’s LED capabilities were also built into the skin, which has dramatically reduced the necessary space needed to store and transport the giant spheres. We made the framing and rigging for the LED spheres efficient to dismantle and pack as well.”

Want to know whats on fleek for meetings and events for 2023?

Luckily Cvent’s new eBook gives us a little insight as to what venues and hotels need to know as we approach the new year, and they’ve put together a handy 7 point list of what we can expect.

We’ll do a wee round up of a few of them.

According to a survey in the October 2022 Cvent Planner Sourcing Report: Europe Edition, 83% of planners are expecting to host more in-person events in 2023 than in 2019. This is positive – but it’s important that venues have informed and experienced staff on hand to respond to planner’s needs.

Trend 2: A renewed focus on time, experience and investment for attendees

The same report found that 29% of planners expected hospitality partners to help them in developing creative space solutions and focus on improving the event experience as a whole.

With the COVID-19 pandemic meaning for a long stretch of not being able to meet in-person, there now appears to be a renewed focus on time, experience, and investment when it comes to the staging of events. Cvent believes that the forging of meaningful connections and having unique and unforgettable experiences is going to be top priority next year.

Trend 3: Venue selection will be influenced by social activism

In a 2021 Shopkick survey of over 100,000 consumers, 39% of participants were researching company values to make sure they align with their own. For the industry, it means that it’s a priority that planners learn about their attendees core values to inform their marketing, content and attendee experience.

The boom in business events is doing it’s part in aiding the economic recovery of Greater Manchester. 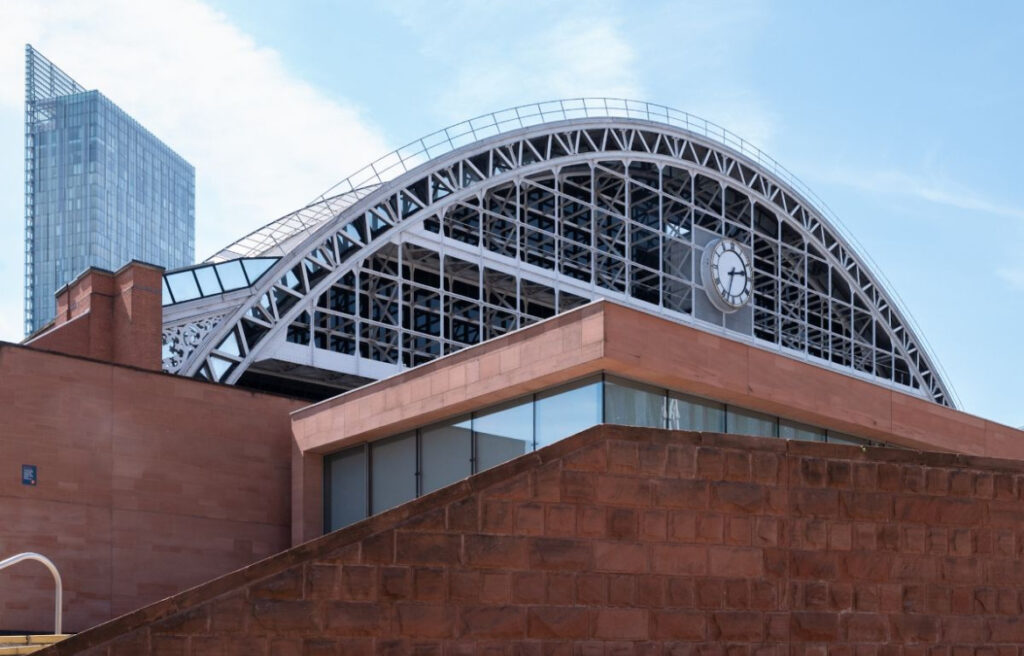 According to figures in Manchester Central’s latest quarterly update, delegate spend was up 33%, contributing a chunky £13m to the local economy between July and September 2022. It’s also reported that during this time, the venue saw 52,328 through it’s doors for events such as One Young World, The European Society for Clinical Virology and Northern Fashion Week.

In total, attending delegates have shelled out a massive £52.1m through expenditure in Manchester’s restaurants, bars, hotels and transport, which has been a huge contributor in bolstering the local economy.

“With our total revenue up £1m year-to-date on pre-Covid figures, it is clear that we are rebuilding at a steady pace after nearly three years of unprecedented economic difficulties. These results will provide the events sector – and the region – with a quiet confidence in its recovery going forward.”

That’s it in a nutshell for this week

Check in with us next time for some more stellar events chat. Tally-ho.